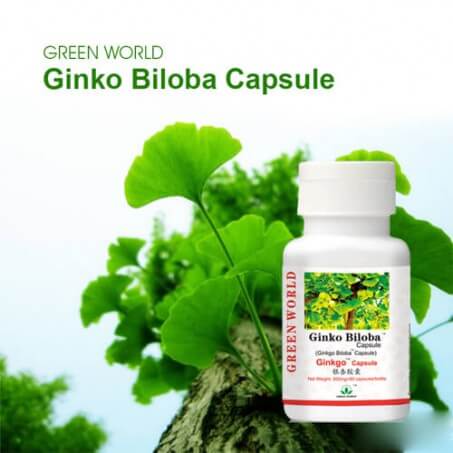 Green World Ginkgo biloba in Pakistan. is also known as maidenhair, is an ancient plant extract that has been introduced by Green World and used in China medicinally to heal various health ailments for thousands of years. Green World Ginkgo Biloba capsule helps to support brain function and can help support memory, especially occasional mild memory problems associated with aging. Our Green World Ginkgo biloba capsule Extract is the finest quality available in Pakistan Just one capsule a day helps maintain healthy circulation to the arms, legs, and brain and helps support mental alertness.* In fact, the University of Maryland Medical Center reports that Ginkgo Biloba is the oldest tree species on earth, and today it is one of the top-selling herbal treatments worldwide.

Ginkgo biloba is a natural extract derived from the leaf of the Chinese ginkgo tree, also called the maidenhair tree which goes by the scientific name Salisburia adiantifolia. Ginkgo has been studied for decades in France, Germany, and China. And Although Chinese herbal medicine has used both the dried ginkgo leaf and seed for thousands of years. Scientists have found more than 40 compounds in Ginkgo. It supports brain activity, development, detoxifying mechanisms, and immune function. Ginkgo biloba extract contains two constituents (flavonoids and terpenoids) that have strong antioxidant properties. It’s the best option to slow down the progression of age-related diseases by combating oxidative stress that usually worsens as someone ages.

Ginkgo Biloba is an Herbal & 100% natural product which is prepared with precious herbs and active ingredients. Such as